Industry 4.0 once considered holistic in production! L’ENGINEERS sees Industry 4.0 as an intelligent network of people and technology. On this basis, we will be presenting a comprehensive concept for the manufacture of furniture, based on a forward-looking intralogistics system at the LIGNA 2017. The flexible and scalable platform system fulfills almost all transport tasks in production. By intelligently designing interfaces and streamlining processes, the system also takes over buffering, sorting and commissioning functions. 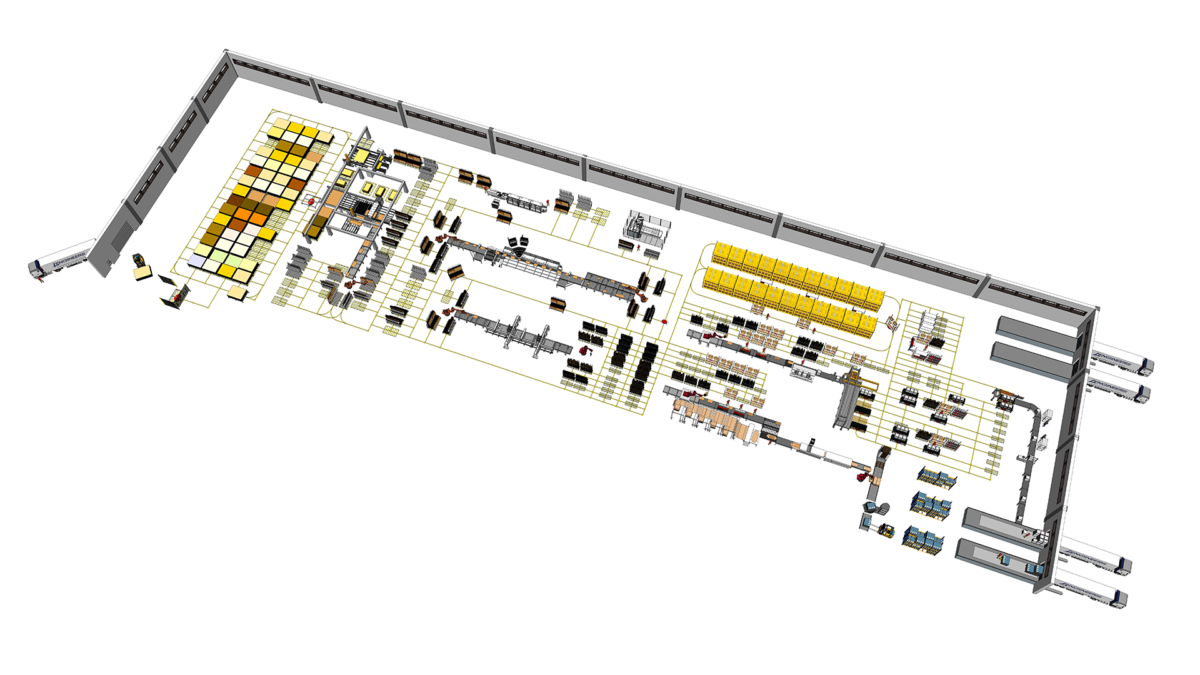 Are you also of the opinion that Industry 4.0 offers more possibilities than an information-displaying app on your smartphone and tablet? L’ENGINEERS sees Industry 4.0 as an intelligent network of people and technology. Derived from the resulting possibilities of the end customer define chances and requirements along the complete value chain. L’ENGINEERS developed a holistic blueprint for Ligna 2017 to produce furniture based on an integral intralogistics concept. Central element of the intralogistics is a system of automated guided vehicle (AGV). The field of application of the vehicles covers the hole production. From the raw material warehouse through prefabrication, the picking of purchased parts to assembly and packaging. The different requirements for transportation are covered by the load-carrying equipment. Thus, hordes, pallets, even entire shelves can be transported through the factory with a vehicle type depending on the application. Of particular importance here is our incline-rack. This innovative load-carrying equipment enables the stacking of components regardless of their dimensions. This creates a defined interface between the value-adding processes. Furthermore, the incline-rack allows a cost-effective decoupling of the individual processes. However, the concept does not only take on pure transport and buffering tasks. The combination of AGV, load-carrying equipment and handling unit makes it possible to integrate a disposition stage after each value-adding process. A central picking and sorting process in the form of large warehouses and stores will be completely eliminated. In addition to the streamlined processes and concentration on the value-adding processes, the concept has the greatest possible availability due to the collective system behavior. The failure of an AGV can easily be compensated by the collective without provoking the complete standstill of the production, as with conventional concepts. Also noteworthy are the now created possibilities of batch building. This will be no longer limited by buffering and sorting capacities. The proportion of optional components is also freely selectable. Rather, you now have the possibility of free capacity of your core machines to freely determine the degree of manufacturing of optional components.

The concept shown still holds many interesting possibilities such as: